To purchase find us on Amazon!

Keeping Up With Languages

I always wanted my kids to speak Russian (we live in the US). Even before we had kids it was a concept I had fully formed in my head: I will be speaking Russian to them and my husband will be speaking English and they will surely be speaking both perfectly. Easy peasy.

Then I actually had kids. With my first daughter I was trying to do everything I had in my ideal pre-kids plan: speak only Russian to her, read Russian books, friends who speak Russian around us, taking her to the Russian day care – and it worked great! She picked up English from her Dad and her English-speaking friends and some activities and play dates. Then came the second child and it was harder. I don’t know why but with a baby and a toddler keeping up with Russian was just not the same anymore. I was still doing all of the things we did before but it was more of an effort. I had to rethink things, dedicate certain hours to Russian-specific activities, plan more, think more about Russian. It was not an easy and natural process I imagined it would be. But I kept going.

The kids were growing up and I change jobs. I now had to be away from them all day. Our routine changed drastically. They were both going to the Russian daycare and that helped a lot with maintaining their Russian language skills. But my older daughter was 5 years old –  the age that I wanted to teach her read in Russian, before she starts kindergarten. I had to reschedule our evenings and weekends and find time to spend reading with her and slowly getting her to read by herself in Russian. It took longer than I expected but we did it – she was reading before she started kindergarten at 5,5. But that was hard for me. It was all amid other things we need and want to do: work, cooking, chores, taking kids to activities, play-dates, sicknesses, trips – however keeping up with Russian was one important thing I was not able to give up.

When my older daughter started kindergarten, life changed yet again. In addition to just changing the schedules, she now spent half of her day 5 times a week in English. She did not know how to read in English before she started kindergarten – I did that on purpose as I wanted her Russian reading to be at a good level. I was not sure how learning the English letters and learning to read in English would happen for her. Thankfully it worked out beautifully. She caught up to reading in English very fast and was reading above the expected level  by the end of the semester. The fact that she had the concept of reading down from reading in Russian significantly sped up her learning to read in English.

But now the Russian started to suffer. Her writing in Russian deteriorated, she was mixing up the letters when writing and strongly preferred to write in English when she wanted to express something. She still went to the Russian daycare twice a week for half a day and to an art class that is in Russian. I read to her in Russian about 5 nights a week, she read to me then in Russian too.

So now I am trying to figure out when I can fit in a Russian tutor for her to catch up on her Russian writing skills. I have lots of questions I need to investigate: what to do over summer and what options do I have with Russian immersion activities over the break? What else can I do to encourage her to use Russian around me without reminders. And that is just my oldest.

My youngest is still spending five days a week immersed in Russian at daycare and she is just as comfortable in English. But she is just three and I already know I am spending less time with her on all the Russian activities than I did with her older sister. And she will also have to go to kindergarten in a couple of years. I am suspecting she will also be more comfortable in English at that point and I will need to plan new things for both of them.

The last 6 years were full of activities just to keep up with the languages. Life happens and plans change. Although I am still at the beginning of this journey I can see that it requires a lot more effort than I anticipated before we had kids. But it’s worth it for me: the rich heritage, opportunities to speak with their relatives, be part of two cultures, and so much more joy and knowledge that Russian already brings them and will continue to bring in the future! No matter how hard it gets sometimes, I understand much better now that keeping up with Russian is always going to be on my agenda. The mental checklist that I come up with every night when I lie in bed will always have a place for new plans for Russian. 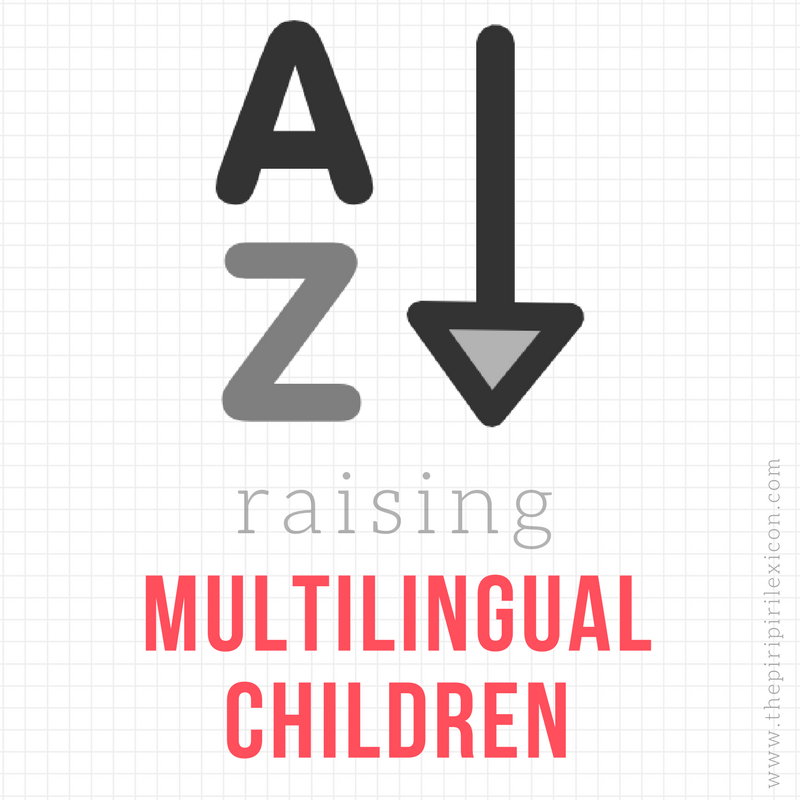 AnnaOriginally from Russia, Anna has a Bachelor’s in Education and Linguistics from Moscow State Pedagogical University in Moscow, and a Master’s Degree in International and Interactive Communication from University of Lille 1, IAE Business School in Lille, France. Anna speaks fluent Russian, English and French and also knows some Spanish, German, Japanese and Italian. Her education, work experience and many years of teaching and tutoring both in the actual classroom and online helps her understand the needs of students as well as the design, management and promotion of language courses, textbooks and learning materials. As a voice actor Anna has contributed many tracks to the audio components of this course and you can see her on the videos as the lead teacher. Anna is very interested is supporting and promoting the study of the Russian language, as well as introducing Russia’s language and culture to a variety of people world-wide. If you notice any issues or mistakes in the digital or audio components, are interested in reviewing Russian Step By Step Series or in purchasing large quantities, please contact Anna.View all posts by Anna →

This site uses Akismet to reduce spam. Learn how your comment data is processed.